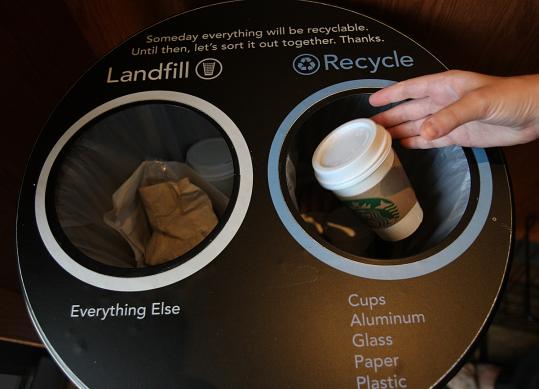 Many people gulp their coffee from recyclable paper cups and feel good that they are part of the solution to a growing environmental problem.

But they are wrong.

Even the coffee giants selling coffee in paper cups don’t bother with them after their use. In short, “disposable” and “recyclable” coffee cups are now becoming part of the increasingly dire waste problem by ending up in the trash.

The question is: whose responsibility is to to make sure that these cups are recycled?

It sure doesn’t seem like the responsibility of the coffee shops, at least they have done their part and used paper cups instead of plastic cups. Is it then the responsibility of the coffee drinker? That’s seems like quite a reach. After all, after you are done with your paper cup, you play your part by making sure the cup ends in a recycling bin.

Estimates indicate that Britons are using about 2.5 billion ups each year,

Which is about 10,000 cups every two minutes! So, the fact that many of these cups are not actually being recycled is a big deal. So much so that even the drinkers should be concerned about the waste problems they are helping create.

Most people see “disposable” or “recyclable” and they think that is all it takes to keep the environment clean.

They are wrong. These products are recyclable if they are actually recycled; and that is not what is happening, unfortunately. That is another way of saying that the cups are actually compounding an already out-of-control waste problem.

So, when you buy your coffee in a recyclable cup, you are far from making the environment a better place. Even cups from industry heavyweights such as Starbucks, Costa, and Caffe Nero are not being recycled. Their biggest concern, it would seem, is trying to keep the fact that they don’t recycle their “recyclable” cups away from the public. 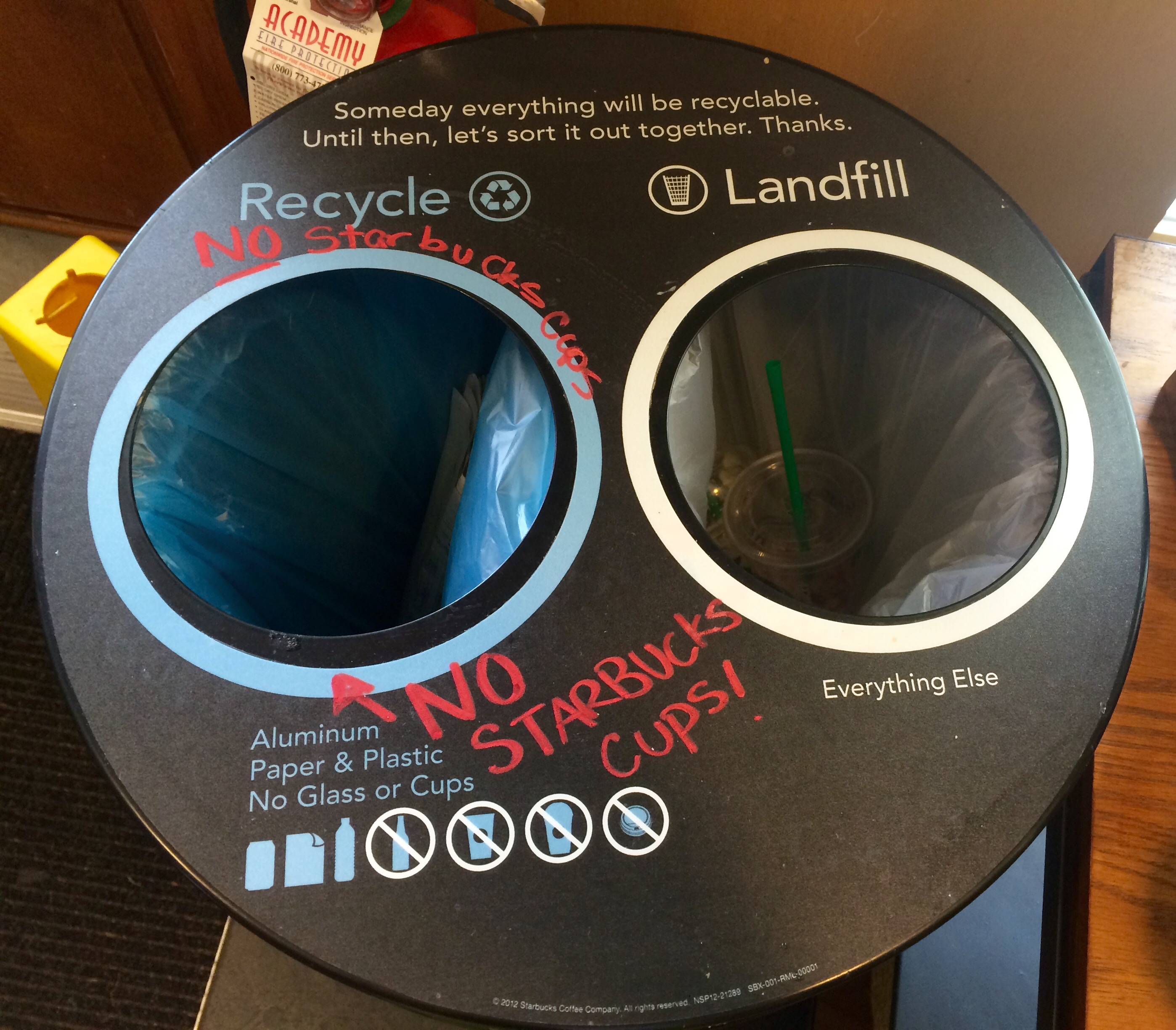 "That is despite the fact that a company like Starbucks made a promise to recycle the printed paper cups at its own branches by 2015 back in 2008."

As a trusted brand, people took the company at its word. Except that today, the company is selling 4 billion cups around the world each year, and most of them are not being recycled as the company had promised.

If anything, after making its bold promise, the company went back on its word five years later by admitting that it was off its target recycling goal and wasn’t going to meet it. But it’s hardly the only coffee shop to renege on its word. Costa has marketed its brand on the altruistic slogan: “great taste without the waste”, but the reality is that this is all hype. There is no serious recycling happening at Costa.

Is Recycling a Paper Cup too Hard?

After learning what is happening in this world, this would be a forgivable question. But the truth remains that recycling a coffee cup is not that hard. But apparently, it is only justifiable with a certain volume of cups. That is because although the coffee cup is recyclable, it has a PE (polyethelene) plastic lining that has to be removed first before the printed paper cups are recycled.

This is the process that is apparently making it hard for these coffee giants to keep their recycling promise. But with the billions of cups these companies handle each year, you can’t help but wonder at what volumes this process would become justifiable. After all, the required recycling process is already available in the UK and the rest of Europe.

But in the UK, just two recycling plants can handle the special recycling needs of a paper coffee cup. One has only recycled a small number of cups so far, while the other is yet to try it even once. This somehow explains why the coffee houses are having such a problem meeting their recycling goals.

They seem even more blameless when it becomes apparent that local authorities step in to further thwart their lofty recycling ambitions. Apparently, city councils are generally not excited by the idea of having separate recycling processes, they prefer a single process. But this is not possible for a waste product that is made using two very distinct materials.

So, the choice to use incinerators or landfills makes these cups part of the waste problem. Another reason why the councils take the easy way out is that the waste gets mixed up all the time, and sorting out the whole mess to find what goes into what recycling plant and not the other is a hustle they would rather avoid.

PE plastic is what keeps the paper cups from leaking after coffee is poured into the cups. This is the same product that makes plastic bags, containers and other forms of packaging. PE is recyclable, which means it can be reused. However, it is not biodegradable as it is a petroleum-based product. The paper part of the cup, however, is both recyclable and biodegradable.

Does that Mean that Paper Cups are Not Worth It?

The idea to use paper cups in place of plastic cups was brilliant. So no; just because it seems that the motivation needed to to exploit the environment-saving benefits of these paper cups is lacking, it does not mean they have failed.

The fact that these cups are biodegradable is a huge sell because it means they can still decompose. Plastic cups, for practical considerations, cannot because they will take countless years to break down. And another thing, a paper cup, even after decomposing, does not leave the environment contaminated like plastic does.

Those who throw their paper coffee cups in the recycle bin after downing their last drop needn’t give up either. If anything, the above information should help explain why this is necessary now more than ever before.

Recycling plants that are capable of handling paper cup recycling claim that they are not getting enough volumes to justify exploiting the recycling benefits of paper cups. Therefore, with more people becoming more conscious about waste separation and throwing their paper cups in recycling bins, the critical volumes needed to make this process justifiable can be attained.

Furthermore, since part of the reason city councils are taking the landfill or the incinerator route is that they cannot handle the tedious process of separating this waste, this volume would also make them seriously consider letting these cups get recycled as originally intended.

So, disposing that coffee cup after you are done could be the final step needed to make them the environmental relief our world needs. Failing that, you could also promote coffee houses that use PLA cups instead, but that’s a topic for another day.