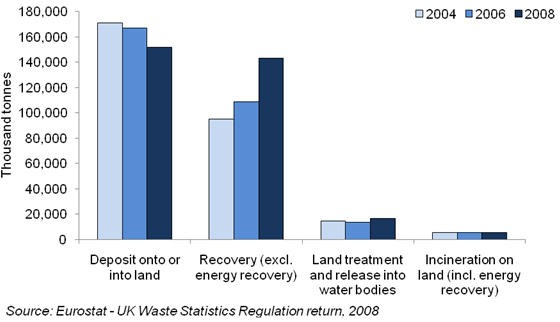 Plastic polluters should pay.  The UK government has taken a step further in tightening laws on plastic pollution. It has recently announced that the entire waste system should be overhauled in view of curbing plastic pollution and embracing a circular economy that should not rely on single-use plastic items.

As such, the Department for Environment, Food and Rural Affairs (Defra) has launched four key consultations on proposed changes. One of these includes a plan to make packaging producers pay fully for processing their waste. Another is to impose a tax on plastic packaging that is not made from at least 30 percent recycled material.

Moving away from a ‘throw-away’ society

Michael Gove, UK Environment Secretary, has stressed in a statement that the government is committed to “going further and faster to reduce, reuse, recycle and cut waste”. The goal is to move away from a ‘throw-away’ society and boost domestic recycling.

The four major changes announced are as follows:

Today, packaging producers in the country disburse around 10 percent of the total cost of disposal of their packaging. This producer responsibility program was introduced in 1997 and has proven to be successful as the percentage of plastic waste recycled in the UK ballooned from 25 percent to 64.7 percent in 2016.

In the current situation, the government expects that by making packaging producers pay the whole amount, they will be pressed to adopt materials that can be easily recycled. During this consultation, the UK and Welsh Government and the Department of Agriculture, Environment and Rural Affairs in Northern Ireland (DAERA) will explore ways to make it easier for consumers to return beverage containers which will consequently boost recycling rates and reduce plastic waste.

The Scottish, Welsh and Northern Ireland Administrations have decided to work closely on this policy to see to it that a coherent UK-wide system is set up. At the same time, they want to understand the bigger impact of such a policy especially as it can have an impact on local authority collection of materials, citizens’ grocery bills, carbon emissions from increased transport and movement, amongst others. The very definition of plastic will also be reviewed to include bio-based plastic and plastics that are biodegradable, compostable or oxo-degradable. Fossil-based plastic will equally be included.

The UK government has also launched a consultation on a “world leading” tax on the production or import of plastic packaging that is not made of at least 30 percent recycled material. This tax should take effect as from April 2022.

This decision has sprouted from evidence gathered in 2018 about single-use plastics. As a matter of fact, it is more costly for companies to use recycled plastic than new plastic and the government wishes to introduce a financial counter-pressure. Every year, over 2 million tons of plastic packaging is used in the UK, and it accounts for two-thirds of all plastic waste in the country, as highlighted Chancellor of the Exchequer Philip Hammond. Currently, the majority of plastic packaging is made from new rather than recycled plastic. Using new plastic as a resource definitely has greater impact on the environment as it demands additional resource extraction and processing, greater energy use and emissions. Despite its lower environmental impact, using recycled plastic is more costly than using new plastic and the considerable changes in the price of new plastic have equally discouraged businesses to commit to using recycled plastics.

Through this new policy, the government now wishes to drive sustained use of more recycled plastic and to transform existing plastic into a useful and valued resource. The tax should be defined at a rate that provides clear economic incentive for businesses, increasing demand for recycled plastic and boosting levels of collection and recycling of plastic waste.

This tax will go hand-in-hand with the above-mentioned reformed Packaging Producer Responsibility regulations, providing businesses with the appropriate incentives to measure the impact of their plastic packaging decisions and driving the development of more sustainable packaging. In parallel, proposals for reliable collection of waste are being explored to help households to separate their items for recycling more easily and setting minimum standards for local authorities at the same time.

Another area that the UK government is discussing to improve is that of recycling collections. Alongside the above-mentioned policies, it is planning to define a consistent set of recyclable materials across England with the objective of reducing confusion about what can be recycled and what cannot be dumped into recycling bins during collections. Even if recycling rates by household climbed from 11 percent in 2001 to 45.2 percent in 2017, these rates have reportedly plummeted in certain areas because of the confusion about what can be recycled.

Debating on a Deposit Return Scheme

The government has also launched a consultation on whether or not a deposit return scheme for cans and glass and plastic bottles should be introduced. Such a scheme could drastically reduce the estimated three billion plastic bottles that are dumped in landfills, littered, or incinerated.

Two models are being considered. The first one is an "all-in" model that would allow customers to return bottles used for a variety of common beverages. The second one is an "on-the-go" model focussing on particular container types that are 750 millilitres (approximately 25.4 fluid ounces) or less in size generally sold for consumption as takeaways.

In preparation of an environment bill

These consultations will run for 12 weeks and will lead to the drafting of plans that will form part of an environment bill. It will be introduced by the government in the second session of Parliament. The proposals made by the government were welcomed by the Environmental group Friends of the Earth. Plastic campaigner Julian Kirby, for instance, applauded the proposed tax and deposit scheme, proposing at the same time that the tax be reviewed periodically in view of increasing the minimum amount of recycled material.