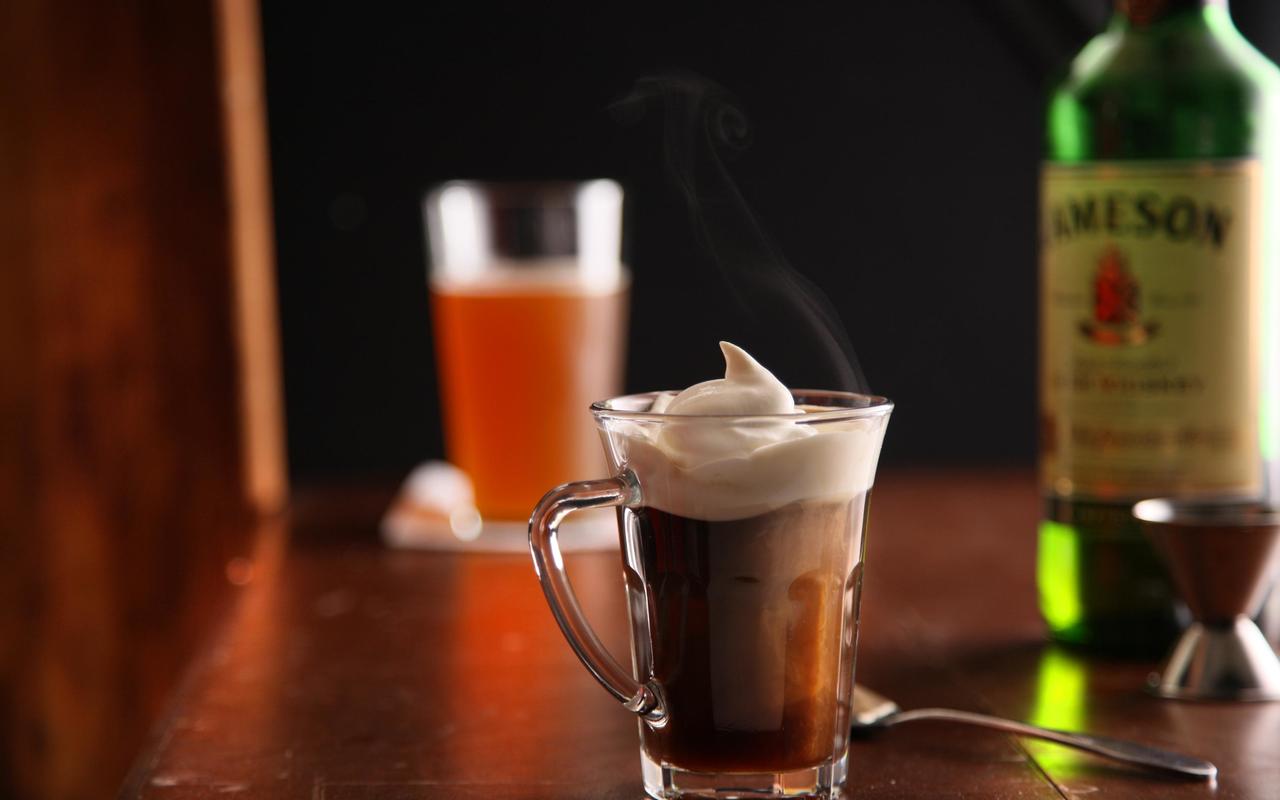 The large majority of coffee aficionados are looking for more than just a caffeine fix. Their desires have paved the way for the creation of various types of brews and cocktails, one more appealing in terms of gustatory experience than the other. Conscious of the curious and experimental nature of coffee lovers, bar and pub owners in the United Kingdom (UK) have been looking into ways to incorporate coffee into their alcoholic drinks to entice this clientele. Likewise, coffee shops have started to expand their range of caffeine beverages by proposing alcoholic coffee cocktails.

Blending the opposite effects of alcohol and coffee to lure Millennials

A number of coffee shops, mostly located in London, have started to sell boozy caffeinated cocktails in the evening, enhancing their menus with exciting and innovative alcoholic coffee cocktail recipes. Even if alcoholic coffee cocktails emerged about two years ago, they did not take off until this year, making for an exquisite touch at the end of a dinner with friends, family or colleagues.

If alcoholic coffee is managing to steal the limelight, it may be because of its peculiarity; while alcohol makes drinkers mellow, coffee is known to perk them up. However, both are versatile drinks. Blending these two opposites has clearly ended up luring customers, especially Millennials with a very diverse palate, set to explore newness. They are, furthermore, demonstrating a growing desire to socialize and look for the ‘next best thing’ according to data from The Future Laboratory. This generation, representing a powerful consumer share of the food and beverage market, have shown a large appetite for flavour adventures to help them in their personal growth.

Beverage creators are ever-ready to capitalize this trend, all the more so when the coffee industry itself is rapidly growing: as a matter of fact, the UK population consumes around 70 million cups of coffee daily. At the same time, Millennials are ever-ready to try and appreciate flavours that may seem outlandish to previous generations. As a result, coffee shops, bars and pubs are relentlessly crafting delicious concoctions made to dazzle to tap into this market thirsty for exploring new drinking experiences.

Coffee has become a perennial favourite in cocktails

Alcoholic coffee has evolved way beyond the traditional Irish coffee made of a combination of hot coffee, Irish whisky and sugar. Today, mixologists are crafting endless options that are more than just coffee, alcohol and cream. Many craft cocktail bars are now offering coffee-inspired drinks on their menu as coffee displays a pleasant combination of good aromatics, flavours, bitter elements and acidity. Even though coffee is complex as an ingredient, it also offers a myriad of possibilities for delectable cocktails. Bartenders agree to say that it pairs marvellously with sugarcane spirits, vanilla, chocolate and anise.

Even if alcoholic coffee may seem to be a new trend in most European countries, the fact is that it has existed since years in countries like Mexico and Norway. A popular cocktail in Mexico is the Mexican coffee which is concocted by mixing tequila, Kahlua, strong brewed coffee and vanilla ice cream. Karsk, on the other hand, is a Norwegian cocktail made of coffee and moonshine or vodka, especially popular in the Trøndelag region. It is believed to have been a crowd-pleasing drink in the early 1800s, rapidly spreading to annexing regions since that time. The Spanish, on their side, have been enjoying brandy with their coffee while the Italians have been relishing their coffee with grappa and other liquor since very long too.

Espresso martini becomes a best-selling in the nitro coffee trend

Nitro coffee is cold-brewed coffee charged with nitrogen bubbles. The pressure gives the drink its rich and creamy head, and it comes straight from the tap, much like a beer. If since some years already nitro coffee has gained popularity as an ideal cold coffee hit for summer, it is presently being loved as an on-tap espresso martini. This alcoholic coffee does not have the extreme hit of alcohol and is becoming increasingly popular during weekends. Even the most discerning of coffee lovers is left satisfied, according to mixologists and bartenders.

The flavour characteristics of different coffee beans and the unique creamy mouthfeel of nitrogen infusion have proven appealing to numerous consumers, especially those craving a sweet and cold coffee without the heaviness of milk. Bartenders are equally experimenting by replacing milk with coconut milk to add creaminess and rich froth. One such popular alcoholic coffee cocktail is the coconut coffee alcoholic cocktail comprising of coconut milk, cold brew coffee and espresso vodka.

Several businesses are eager to go on innovative caffeine-inspired ventures. To meet the needs of coffee lovers and other consumers, restaurant, bars and coffee makers are collaborating together to demarcate themselves as restaurant and craft cocktail bars. The concept allows customers to order food and drinks in the restaurant area and hang out in adjoining lounges for a laid-back experience to enjoy alcoholic and non-alcoholic coffee cocktails.

As the lines between the coffee industry and the alcohol industry are increasingly being blurred, baristas and bartenders are progressively connecting and sharing more. The bridging of these two worlds is now allowing bartenders and baristas to learn from each other to improve their mixology abilities to create unique sensory experiences from a new angle. Bartenders can, for instance, teach baristas about pouring and flaring, balancing of spirits, liqueurs and wines, and creating infusions, syrups and dressings.

As a matter of fact, bartenders and baristas have much in common: both require a highly-developed sense of taste, a refined palate, and a willingness to learn and master all the aspects of flavours and ingredients to make a perfectly balanced beverage. The intersection of the talents of baristas and bartenders is not new in countries like the United States where these professionals are called to design and craft signature drinks by combining alcohol with coffee during various local competitions.