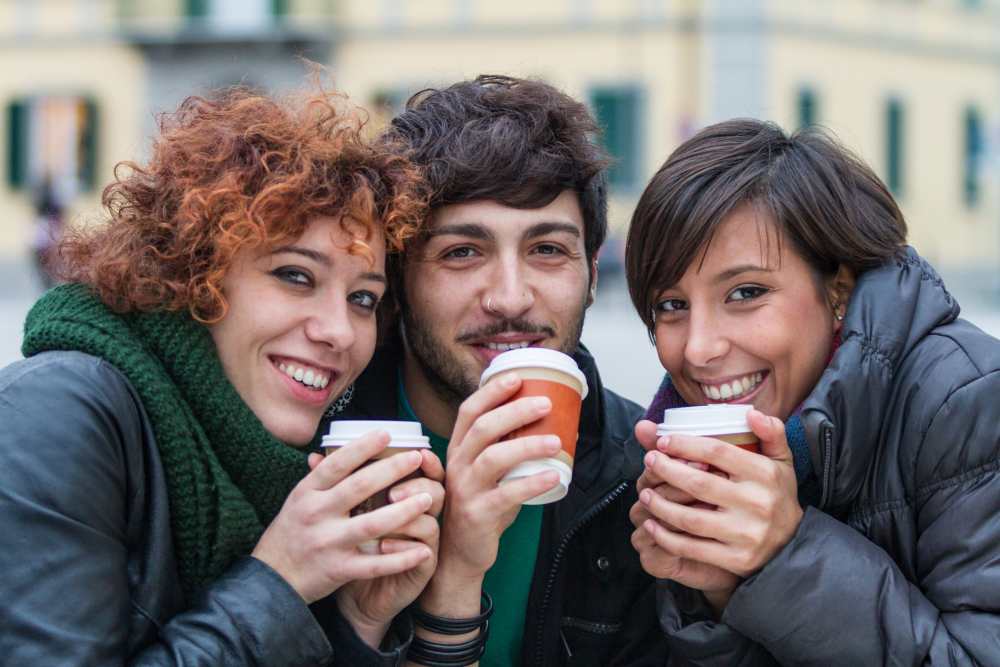 Some people love to have it hot. Others love to have it cold. In any way, coffee remains the most appreciated beverage consumed around the world. Studies after studies come to unfold the numerous benefits it has for the health, erasing certain beliefs and myths. Now, a new study reveals that it is better to drink hot coffee to benefit fully of its antioxidants. Antioxidants are potent compounds that help in neutralising the harmful effects of free radicals in the body. They protect against a number of diseases like heart diseases and diabetes.

This research, conducted by the Thomas Jefferson University in Philadelphia, was carried out to compare the antioxidant activity and the acidity of hot and cold brew coffee. The researchers discovered that hot brew coffee contains higher levels of antioxidants than cold brew coffee even if the latter is also full of benefits. Yet another reason for coffee enthusiasts to stick to their cup of coffee.

Hot coffee is a rich source of antioxidants

Co-author of the study Megan Fuller, PhD, assistant professor of chemistry at Jefferson, highlighted that time and again studies have established that coffee provides an exhaustive number of health benefits to coffee drinkers. This new study, revealing that that hot coffee is packed with more antioxidants than cold coffee, comes to support prior research works that proving that coffee should be included in a diet. The researchers, nonetheless, suggest that additional research is necessary to fully observe the differences in the health aspects of coffee when it comes to brewing temperature and time.

Antioxidants act like the ‘cleaners’ of the body. By oxidising free radicals, they help the body to flush them out naturally. They are abundant in coffee and research has exposed that drinking three to five cups of coffee on a daily basis can provide up to 60% of a person’s daily antioxidant intake requirement. Alongside other recent studies, this research discards unsubstantiated beliefs and myths that caffeine can be toxic by itself because of its stimulant caffeine content. Research works prove the contrary: coffee is full of healthy antioxidants protecting against numerous diseases. Cafestol, for example, is a potent antioxidant present in coffee beans and available even after decaffeination. It acts like a bile acid modulator and is a dominant anti-inflammatory substance needed in the brain. In an article published in Science Daily, researchers affirm that cafestol can therefore help boost memory. Trigonelline is another potent anti-bacterial compound present in coffee is trigonelline. Its level is ten times higher in roasted coffee than green coffee, and it helps against dental cavities.

Chlorogenic acid is a well-known compound abundant in both green and roasted coffee. It has a key role in the antibacterial, anti-inflammatory and antioxidant activities of the body. Tests carried out on rats and humans make scientists say that it can help curb diabetes as it has the power to boost metabolism rate and control fat accumulation in the body. Phenols and melanoidins similarly present in coffee also have antioxidant properties. Last but not least, caffeine, itself, is a potent antioxidant that helps treat headaches, control weight and curb diabetes. Coffee has twice as much caffeine as tea. Coffee, as a matter of fact, possesses more antioxidants than both green and black teas. Another study conducted in 2010 exposed that coffee has higher levels of antioxidants than red wine, opposing the beliefs of many people.

The antioxidants present in coffee protect against several diseases

Dr David Troup from Monash University is the first researcher to discover that coffee contains free radicals that can fight against harmful free radicals.  In the American Journal of Clinical Nutrition, another group of researchers affirmed that people drinking decaffeinated coffee are 15% less likely to develop colon cancer for up to 10 years, compared to non-drinkers.

Coffee can also help curb premature ageing as its antioxidants can help lessen the harmful effects of ultra-violet rays to the skin. At the same time, recent research has shown that shown that coffee can protect against certain mental disorders such as Alzheimer’s disease, and Parkinson’s disease. The antioxidants are also useful in protecting against cardiovascular diseases and metabolic syndrome.

Cold coffee is not less acidic than hot coffee

Many people believe that coffee is an acidic beverage. During their study, the researchers from Thomas Jefferson University concluded that the levels of acidity of hot and cold brew are more or less similar, and that hot coffee is not more acidic than cold coffee, contrary to certain beliefs that cold coffee is milder to the stomach. The findings are that the pH levels of both brews fall in a range of 4.85 to 5.13.

To avoid the sour taste, certain drinkers opt for dark roasted coffee that does reduce acidity. But at the same time, dark roasting masks the origin profiles of the beans. To avoid irritating their stomachs, many coffee drinkers opt for milk-based beverages like cappuccinos or lattes. Others prefer cold brews for its taste. And according to Frank Hu, MD, PhD, professor of epidemiology and nutrition chair at the Harvard T.H. Chan School of Public Health, the latter may be consuming coffee in a healthier manner as they are not loading their coffee with milk, cream and sugar, as is the case with many who consume hot coffee.