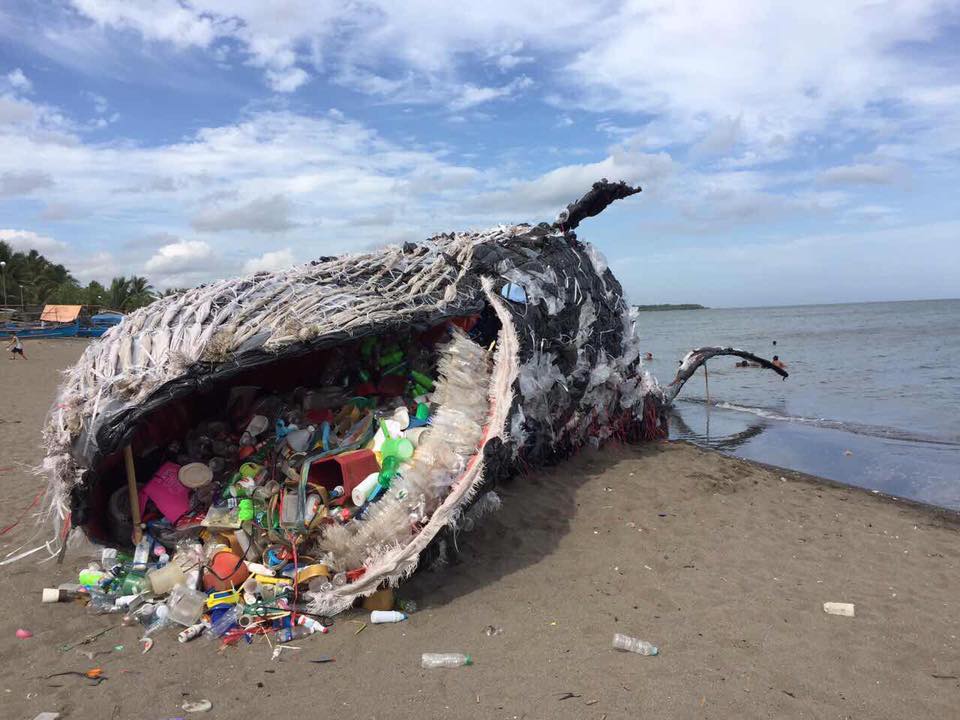 By 2030, we could be suffocating in highly polluting material is no action is taken to curb the current trend. In its report that has been recently published, the World Wildlife Fund (WWF) pinpoints that over 300 million tons of plastic are produced every year in the form of raw material. An “addictive” material that has become part and parcel of the world’s economy, plastic is now polluting nature, endangering wildlife and contaminating the food we consume and the air we breathe. The WWF calls on governments, businesses and citizens to act collectively to put an end to it.

100 million tons of plastic waste end in the wild yearly

If nothing concrete is done to restrain plastic pollution it could soar by 40% by 2030, according to the WWF. We are so used to plastic items in our everyday life that it is highly probable that we simply cannot do without them; electrical wire insulation, garbage bags, carpeting or even polar clothing all have one thing in common – plastic. Our excessive consumption of plastic leads to approximately 100 million tons of plastic waste in the wild every year. In other words, about half the plastic produced in the world ends up as waste in less than three years. The WWF pinpoints that “only 20% of this waste is collected for recycling” because of systemic failures which have made plastic management more costly than discarding it.

The deepest part of our ocean is polluted

Researchers have established that even the abyss is polluted. For the first time, they have discovered microplastics in mini-crustaceans living in deep waters. Tiny shrimps collected from a Pacific trench were dissected and British scientists extracted residues of polyethylene, nylon, PVC and synthetic silk. The WWF estimates that over 1,000 sea turtles die every year following entanglement in plastic waste. In addition, no less than 240 animal species have already ingested plastic that can entail internal burns, digestive occlusions and death.

According to a study published in 2017, the total pollution of the ocean surface is estimated at 5,250 billion particles, or 269,000 tons of plastic. 90 percent of plastic pollution consists of microplastics that are almost invisible to the naked eye and cannot be collected; they end up spreading in all oceans and contaminating the entire food chain, including ours. The NGO Sea Shepherd, known for its actions to protect marine wildlife, has launched a new campaign against marine plastic pollution with the aim of alerting all those who still doubt the effects of plastic. I the video, marine animals are seen with their head trapped in plastic bags. They suffocate and choke. Alongside comes a message explaining: "The plastic you use once tortures the ocean forever".

Plastics pollute the seas and oceans, and the tons of waste that are found in the water have dramatic consequences. Recently, studies have shown that plastic is found in the body of animals living thousands of miles deep. The death of a whale in the Philippines, found on a beach with 40 kg of plastic in the stomach, shocked the world as well.

Coca Cola bottles blamed as the first cause of plastic pollution

Where does the plastic waste found on the beaches, at the bottom of the oceans or at the roadside come from? Mainly from three large multinationals: Coca Cola, PepsiCo and Nestlé. These groups would even be responsible for half of the plastic pollution in Europe, according to the NGO Break Free from Plastic. It's no wonder that Coca-Cola bottles are among the world's most collected plastic waste since the brand is present in more than 200 countries, Coca Cola produces over 100 billion plastic bottles every year. Or 3,400 bottles every second. According to a major clean-up operation carried out in 2018 in 42 countries by the Break Free from Plastic movement, which brings together 1,700 civil society organizations at the international level, the American giant is largely the leader of the most polluting companies with waste found in virtually every country.

According to Greenpeace, at this rate Coca Cola bottles will account for 20 percent of all plastic bottles produced every year since 2012. Only half of the bottles produced are collected and out of this, only 7 percent is recycled into new bottles. PepsiCo and Nestlé brand products follow Coca Cola closely in terms of plastic pollution. As a result, these three brands are blamed as being responsible for half of the plastic pollution in Europe.

It has become imperative to phase out disposable plastic products such as cotton swabs, plastic straws and plastic cups. The WWF argues that by banning such items, the world can potentially reduce plastic demand by 40 percent by 2030. Europe is already aiming at eliminating eight such objects by 2020. The Senate, however, has voted to adopt a phased approach and to reduce the ban by one year in view of preserving jobs.

Even if three quarter of all plastic produced since 1950 is now waste, the WWF insists that it is still possible to reverse the trend. The solution is to close the loopholes in the system of production, use and disposal. According to the WWF, it is the high income countries that generate more waste than low income countries. They generate about ten times more waste per person than low-income countries. Out of the waste produced, 10 to 25 percent are exported. France, for instance, one of the biggest consumers of plastics, recycles only about 21 percent of its plastic waste.