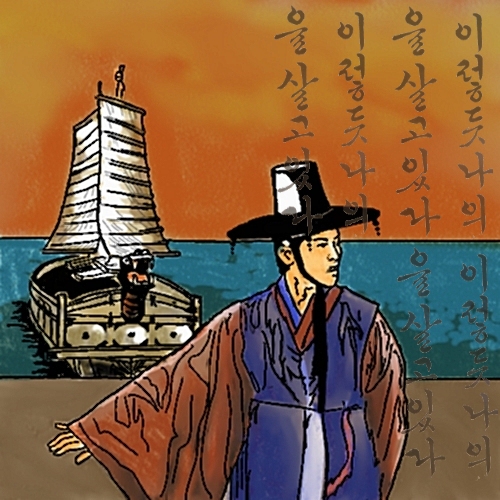 Not long after the first initial development of paper making process by T'sai Lun in China, the technology reached Korea.
The Koreans, starting from crude papers called Maji from hemp and ramie scraps soon started developing the renowned Hanji paper, which during its time surpassed its Chinese predecessors and was known to be the finest paper available in and around East Asia.
The Hanji Paper was made from the inner bark of Paper Mulberry, a tree native to Korea that grows well on its rocky mountainsides, known in Korean as dak. [ Source: Wikipedia ]
The fine quality of the paper is also attributed to the ooze of the sunset muskmallow or hibiscus manihot used as the formative in the paper making process.
References are found in Chinese Books stating that the Korean Hanji was so fine in quality that it has been regarded as the finest available by the Chinese from the tenth Century onwards.
Due to its high quality, Koryoji paper ( paper made during the Koryo Dynasty ) had been one of the main tribute products levied by China during this period. Despite a very flourishing paper manufacturing industry in China, Korean papers were exported to China for sale from the Koryo Dynasty (918 – 1392) onwards. Shiploads were sent as tribute from regions of Korea to China whenever those regions had been annexed by the Chinese.

Hanji’s golden age peaked in this Koryo or Goryeo period (918–1392), which saw the rise in quality and use of hanji in conjunction with printmaking. Paper was used to make money, Buddhist tripitakas ( Tripitaka Koreana ) were published, and medical and history books were written on this fine paper.

The Tripitaka was carved twice being destroyed during Mongol invasion and is still intact in its residence at Haeinsa, a Buddhist temple in Gyeongsangnam-do. The Tripitaka comprises of 80,000 wood blocks.

The second accomplishment was the printing of Jikji, a student's guide on Buddhism, the world’s oldest surviving book printed using metal movable type. Printed onto hanji, it is now on display at the National Library of France, and is a proof of the existence of movable metal type well before Gutenberg’s time. [ Source: Wikipedia ]